Water can be considered as the most important thing in the world, and the world gets hotter, some foresees that water might be running out of supply in the near future. For this purpose is why the Teatro Agua Solar Desalination Plant is born, created by Grimshaw Architects, this plant is planned to be built in Cannary Islands in Spain. It has a series of evaporators and condensers. Desalination is a great way to produce tap water from seawater. It can be done using the heat of the sun, which makes this process purely natural in nature. 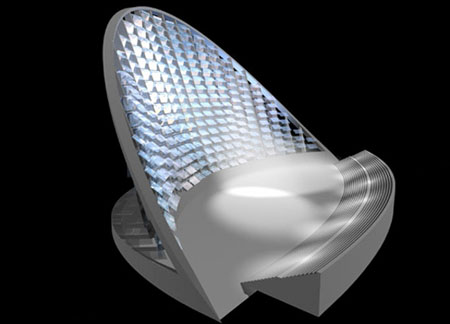 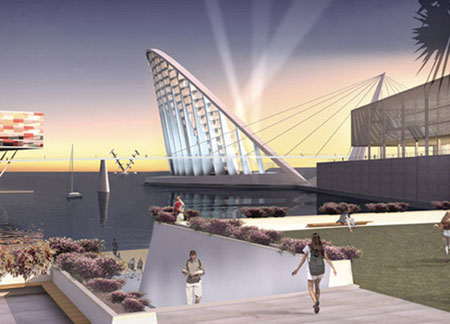 The design will incorporate Paton’s remarkable desalination method with a publicly accessible venue for the performing arts, once again focusing our societies around the common element that sustains them. This desalination method can give us water as much as we like for we never run out of seawater. 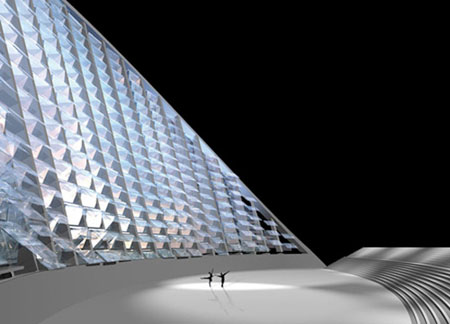 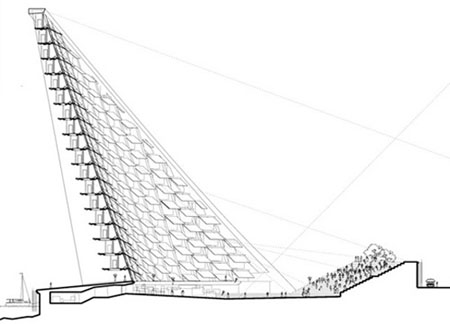 
The Ten Million Solar Roof Initiative: Will Save Energy Usage By 2020
Large Vertical Garden: Keeps Your Place Fresh And Green
Potenza: A Sustainable Four Wheel Bike
Defensive Wall Made of Corrugated Pressboard
The V50 Hybrid Yacht: For A Clean Air And Clean Sea
Do Not Waste Your Time, Help Save The Earth With The PaperPulpClock
Float: A Foldable Solar Catamaran
Savannehuis By LAM Architects