In London, legion commuters are handed with a free paper to read as the approach their local station daily. When they arrive on their destination, they will then deposit the newspaper to the first bin that they will encounter as they exit the station. To limit the growth of landfills because of these newspapers, The Functionality created a response to the temporary life of these newspapers and created the Papervillain. They folded traditional paper hats from the said newspapers and formed a canopy that provides shelters to the people from the extreme rays of the sun in an eco-friendly way. 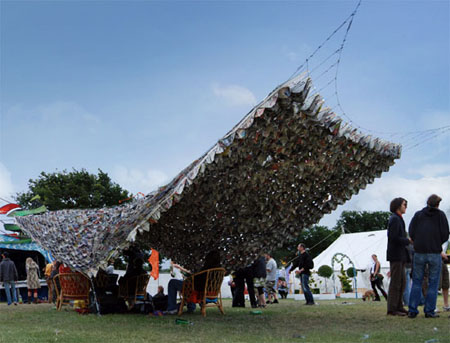 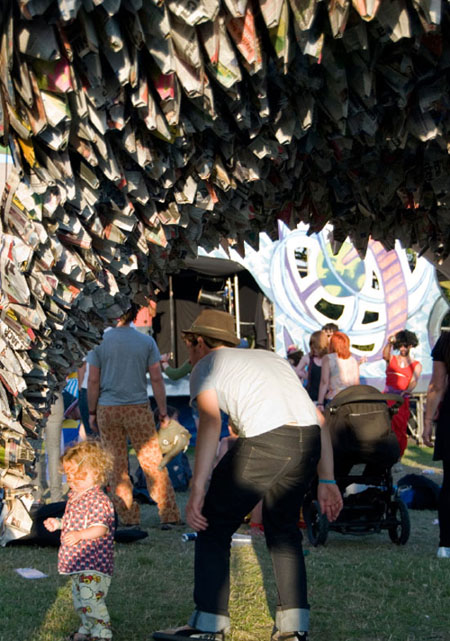 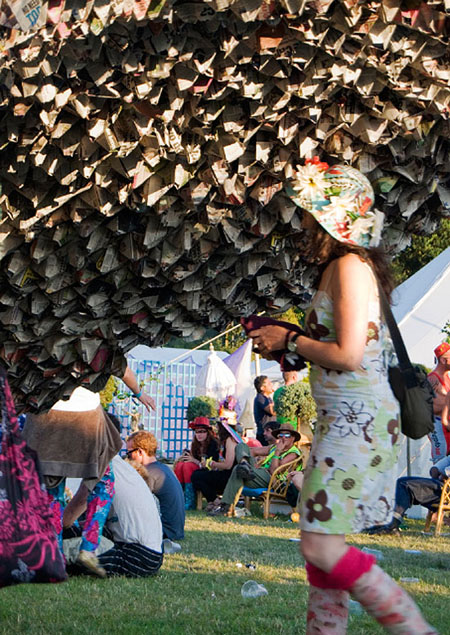 Source: The Functionality via Designboom