Electric cars are growing in numbers to help reduce carbon emission and eventually combat global warming. With the continuous growth of these types of vehicles, GE in collaboration with Yves Behar recently unveils the GE Wattstation Charge Point, a charging station for Electric Cars. The station itself is an eco-friendly one as it uses LED lighting system on its indicators. Unlike today’s Level 1 chargers that charge a car for 12-16 hours, the GE Wattstation Charge Station has the ability o charge a car in as little time as 4-8 hours. Later this year, a smaller at-home version will be available while the stations will be commercially available in 2011. 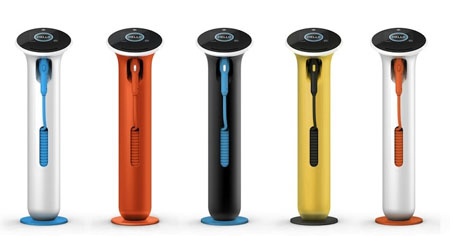 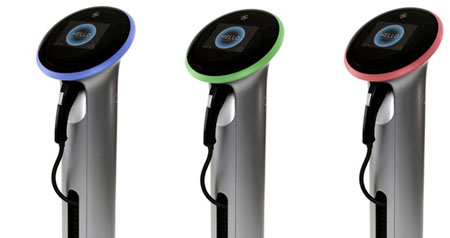 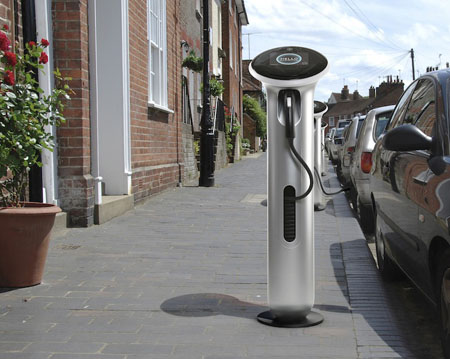 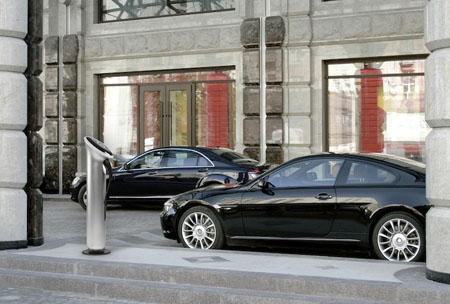 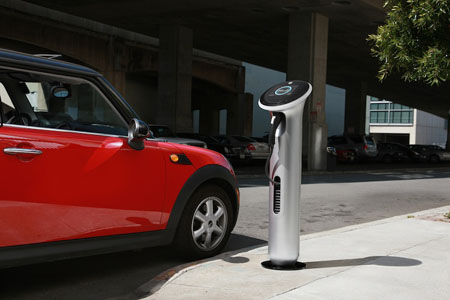 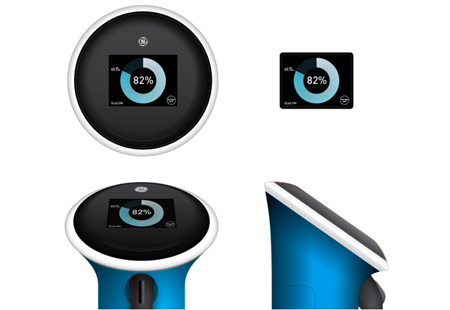 
Get A Mobile Edge Canvas Messenger Bag And Be Fashionably Eco-friendly
Gwanggyo Power Center with Plantations Around Terraces by MVRDV
Is Wonderbag A Green Yet Hilarious Bag Design?
Eco Plastic Goes Fun
Peugeot 888 with Solar Panels and Ability to Shrink for Future Metropolis
Haz-Box By Sarah Wolfsont
Welcome Spring With Love To Nature Using Artisanal Hydrangea Wreath
Earthskin Footwear: Saves Your Feet As You Save The Earth