Living green is now possible even to people who are technically inclined like those who spend their lives most of the time with technologies like video games. Ovolo has submitted their green video game themes to igreenspot and igreen is happy to spread the news. Surely, many would love to play City Rain.

Press Release:
City Simulation Videogame with Green Sustainable Themes Released by Ovolo
December 7, 2009, Montreal , Canada – The Ovolo Corporation in Montreal announced the release of “City Rain,” a new groundbreaking videogame that merges exciting innovative gameplay with information about urban planning and environmental sustainability. City Rain is a puzzle and simulation game that educates players about green city planning and conservation of our natural resources. City Rain is available now as a free trial and for purchase at: www.ovologames.com/cityrain.

“As a fan of both SimCity™ and Tetris®, I immediately fell in love with City Rain based on its fun reference to those two classic games, but also because it introduces a meaningful and relevant purpose that educates players on how to think about creating ‘green’ and ‘sustainable’ cities and communities,” said Alexandre Renaud, founder of Ovolo Corporation and executive producer for City Rain. Among the eco-friendly elements incorporated into the game are green roof technology, renewable energy, filter technology and biofuel. The game is part of the 1% For the Planet initiative, which means one percent of all sales is donated to a network of 1,867 environmental organizations worldwide.

The Brazilian student development team Mother Gaia Studios developed the original City Rain concept game. It won several awards in 2008 and 2009 including Games for Change , France 2008Imagine Cup and The Independent Games Festival Student Showcase. Spotting the game’s value, Ovolo decided to revamp the game and give the concept an extra push to educate a widespread videogame audience about environmental issues. The new City Rain storyline allows players to rescue cities and reorganizing them to be green sustainable Metropolises. Players must rescue cities that are being ‘black listed’ from the World Environment Protection Agency by quickly making decisions and re-organizing urban developments that will make cities more sustainable and ‘green.’

About City Rain:
In City Rain, you play as a member of an elite environmental Swat Force in charge of restructuring cities before they are penalized by the World Environment Protection agency. City Rain is an action-packed, yet eco-friendly, green city simulation puzzle. This new version of City Rain is now available for DRM free digital download for USD$9.95. It is also available at Direct2drive.com and the XBOX Live Indie marketplace. 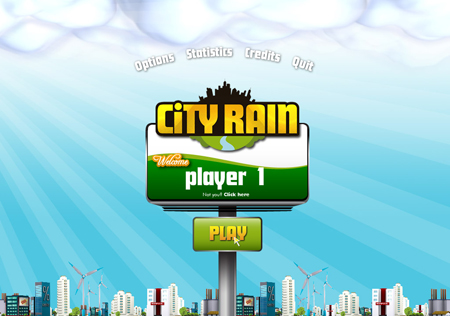 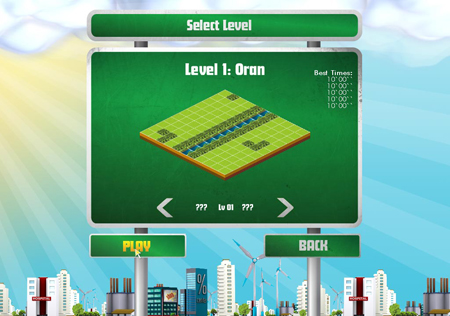 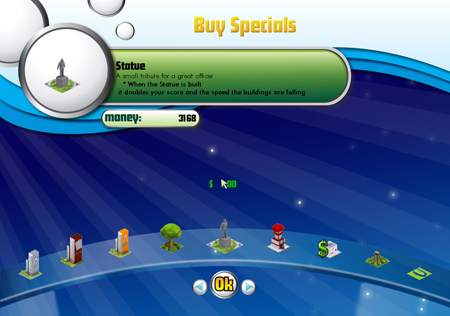 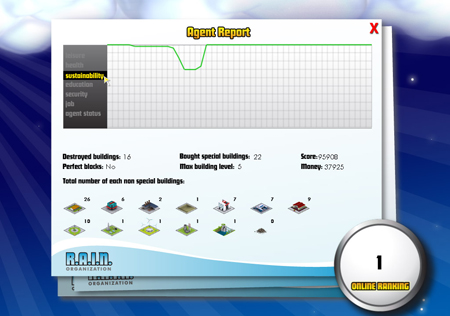 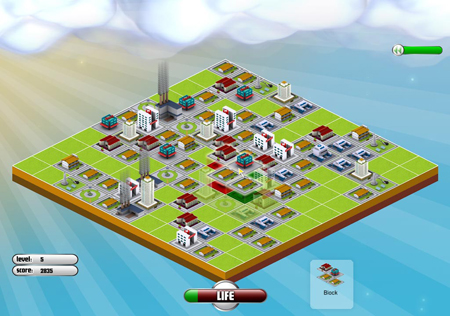 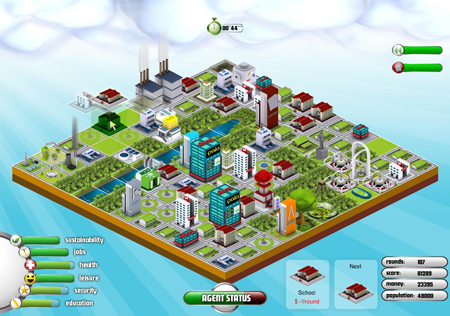 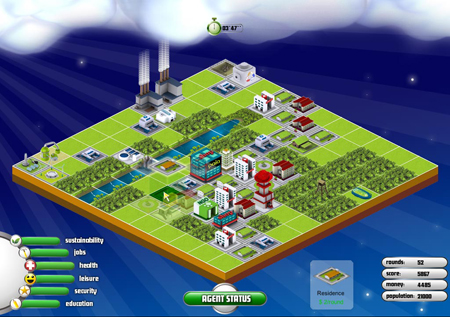 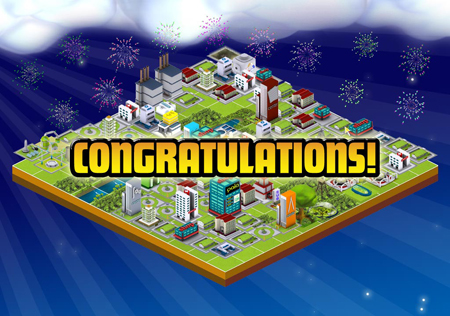