Recycling items is challenging, as materials used are generally considered useless. However, the shallow thinking about supposed to be discarded materials does not affect Gert Eussen. He was able to reclaimed the used pebbles or bricks in their restructured garden and was able to create a sustainable small dome from it. Aside from the reclaimed pebbles, recycled woods are also used to create the dome’s door. Though the dome measure short and small and cannot be considered as a real home, the designer thinks that it is highly possible to build houses using the same reclaimed materials. Since pebbles and bricks are normally made of clay, the Rubble Bubble dome surely feel cold inside even when its scorching hot outside. 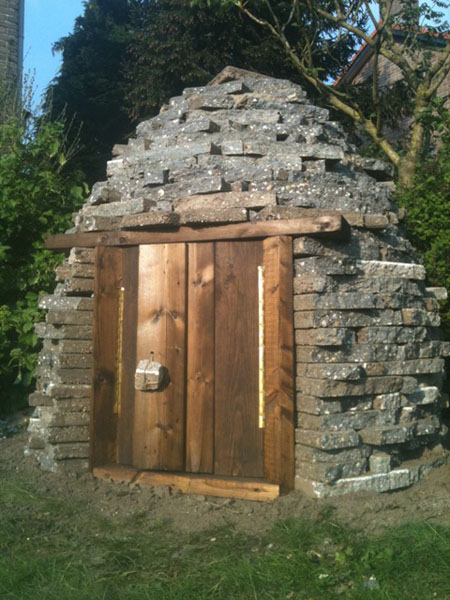 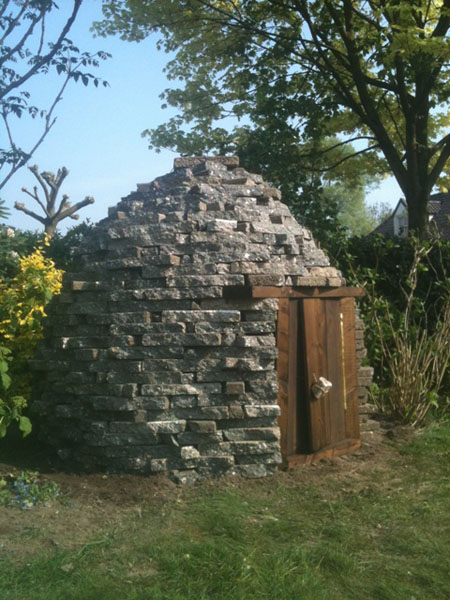 The Rubble-Bubble is a small cone shaped house, made almost entirely out of concrete rubble. In Holland a lot of concrete tiles, measuring 30 by 30 cm and various thickness, are used for pavements and sidewalks. The tiles are simple, effective in use, and durable. My new house also had a lot of these concrete tiles in the backyard. By remodeling our garden we were stuck with a lot of those concrete tiles, and as always, I found myself interested in this, apparently worthless material. Instead of throwing them away I kept them, somehow knowing I would find good use for the material.

I knew that sometimes the tiles were used to build small garden walls. At first I started pillingthem up in a similar way. After this first try, it was obvious to me to build another small house out of this material. The concrete material seemed to be ideal to build a cone shaped hut. After the first few sketches, in which I determent size I found a location in my garden that was perfect for the build.

The tiles are broken in half pieces, revealing on the outside the rough structure of concrete and pebbles. In this way the building has a natural appearance, and gives nature the opportunity to plant some seeds on the structure. As a foundation I dug the first 3 layers of stone on rammed earth, beneath ground level. The tiles are pilled in a small angle so that the water flows from the stones and left over tile cement from an earlier project, was applied between the stones to ensure the structure to be waterproof. Finally the door was made out of reclaimed wood. All in all it took me a long day to build this Rubble-Bubble.

We are now in April and the temperature in Holland has reached 25 degrees Celsius. The inside of the structure stays surprisingly cool, and the ventilation at the top ensures minimum moisture damp inside the structure in de morning.
As you noted the entire structure is made out of reclaimed and left-over material. No material was bought specifically for the project.

The size, diameter 180 cm, height 205 cm, is not to be called a true house. However I feel confident a bigger variation is very possible. Till that time my children and their friends seem to enjoy their new eco bubble. 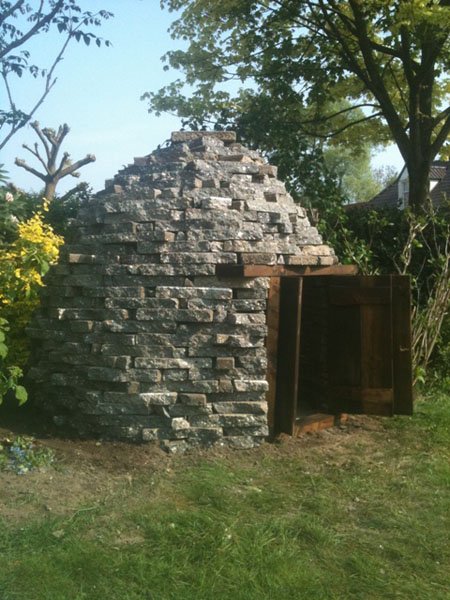 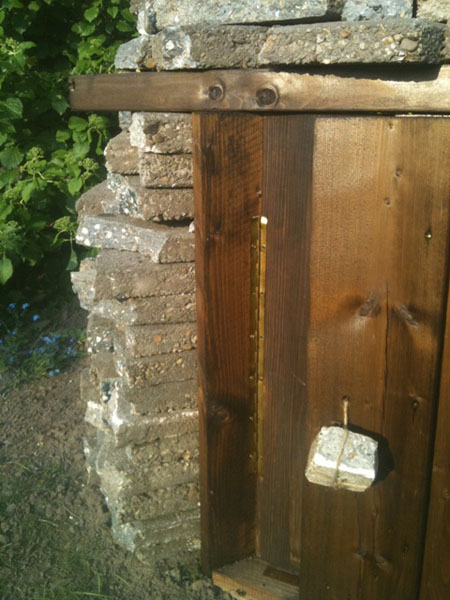 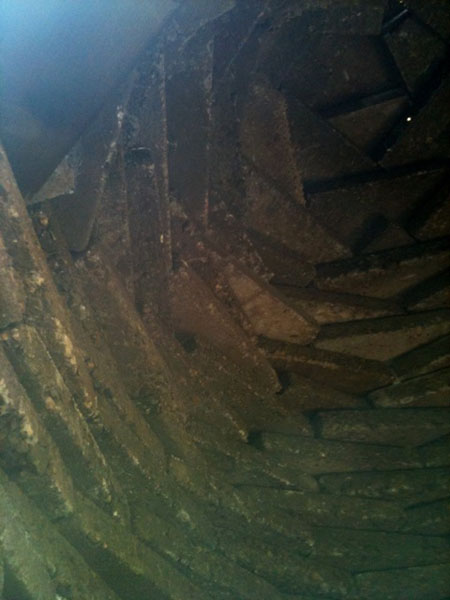 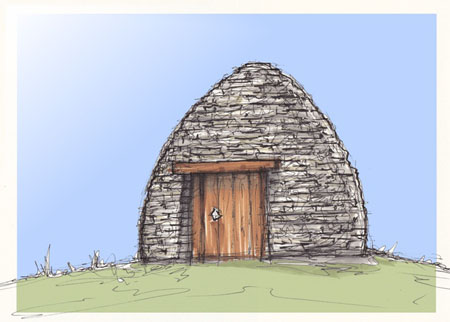