Discarded lamps and electrical parts are easy to find in the metal pile at Maurice Klapfish local transfer station, junk shops and yard sales. The hard part is turning them into decorative art or useful products. Maurice decided to convert waste into art or useful products through his website LAMP REVIVAL that strives to recycle these castoffs into offbeat lamps and sophisticated lighting. 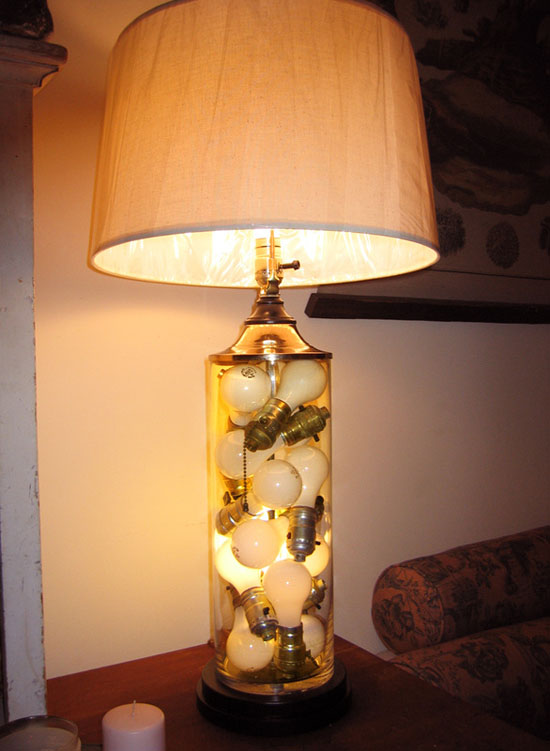 For the whimsical Lady Marmalade, Maurice started with a trashed Victorian floor lamp featuring a cluster of three arm lights and a bulb in the central glass bowl. Its former owner probably concluded that a lamp broken off at the base was useless. But beauty is in the eye of the beholder. By inverting the glass bowl, cutting off one of the cluster arms and adding lots of recycled lamp parts, Lady Marmalade emerged to rid the world of several pounds of trash. 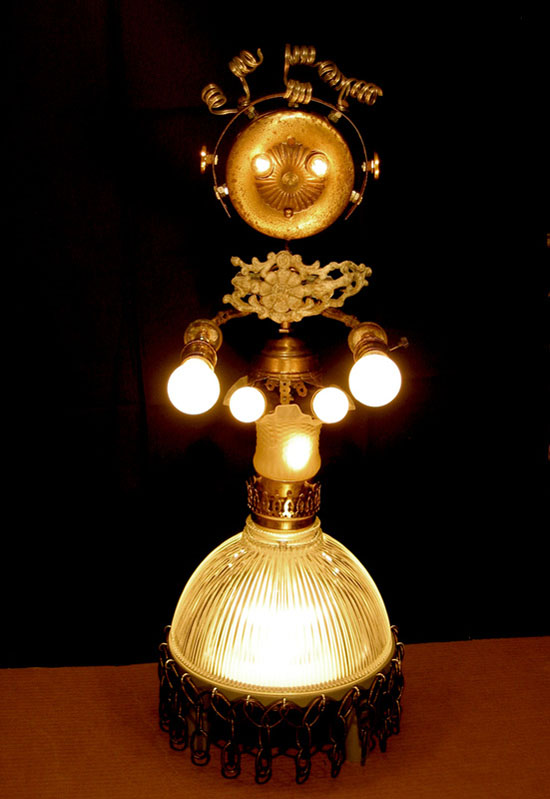 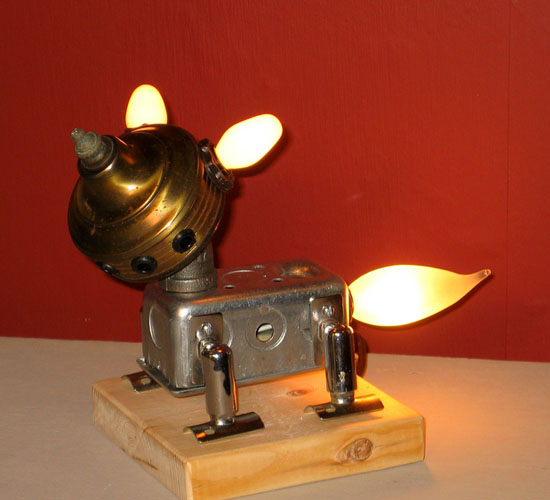 Artfully repurposing used light bulbs was especially challenging, as was finding an application for my many dozens of damaged bulb sockets. Socket failure is a major reason for discarding lamps, which have at least one and often two or three bulb sockets. As you can see, the elegant Bulb Socket Lamp nicely addresses this challenge.

Babe Electra was a reincarnation of two art deco wall sconces. The back plates formed the shoes, the hands were crafted from the shade holders and the head and face was a reuse of the sconce’s glass shade. Clearly, this is an imaginative use of another pound or two of trash. 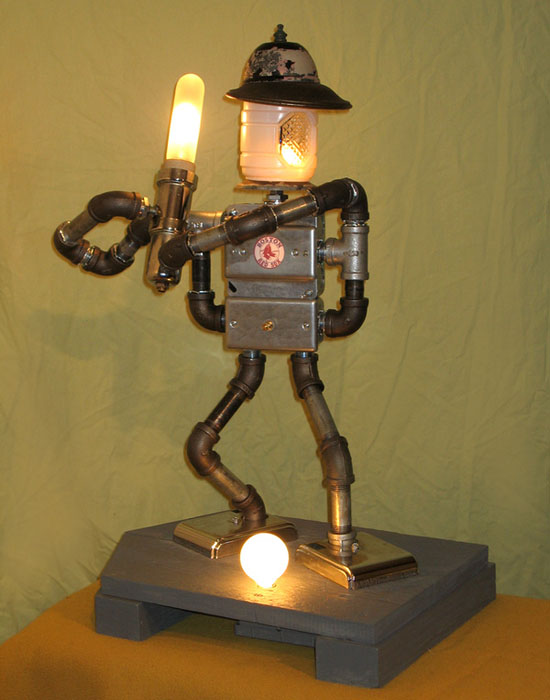 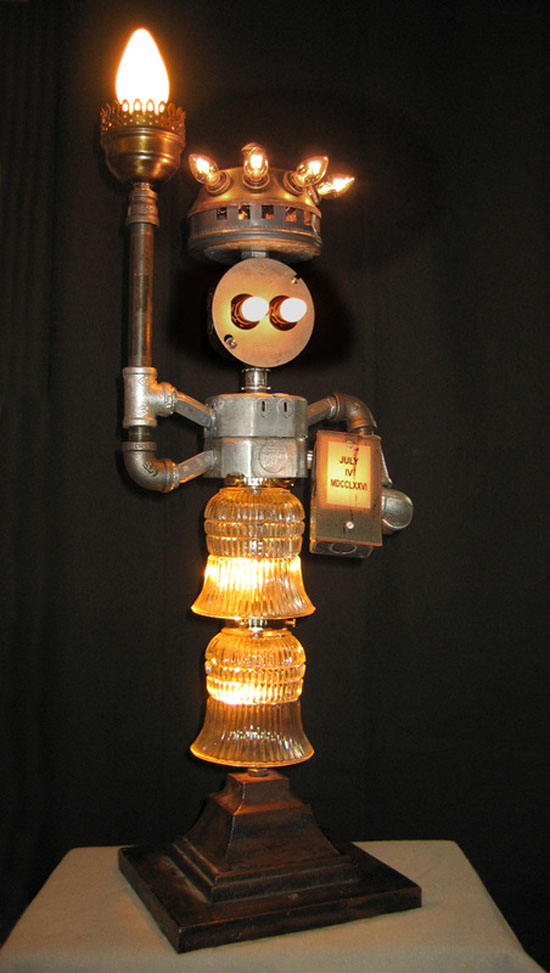 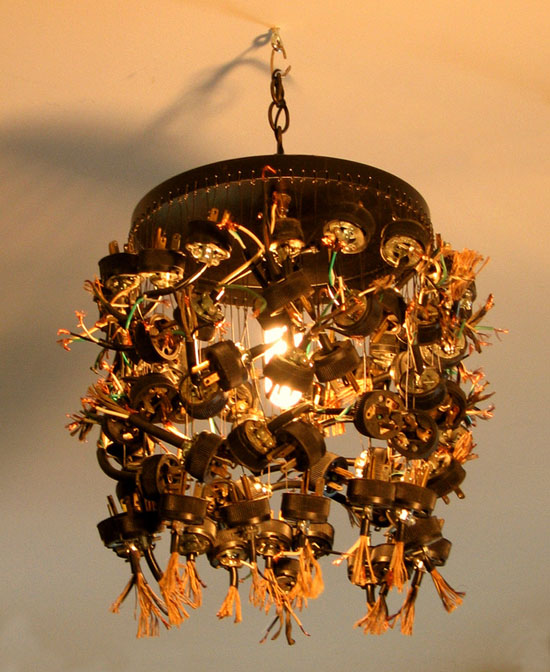 Plug Me In – Light Me Up by Maurice Klapfish 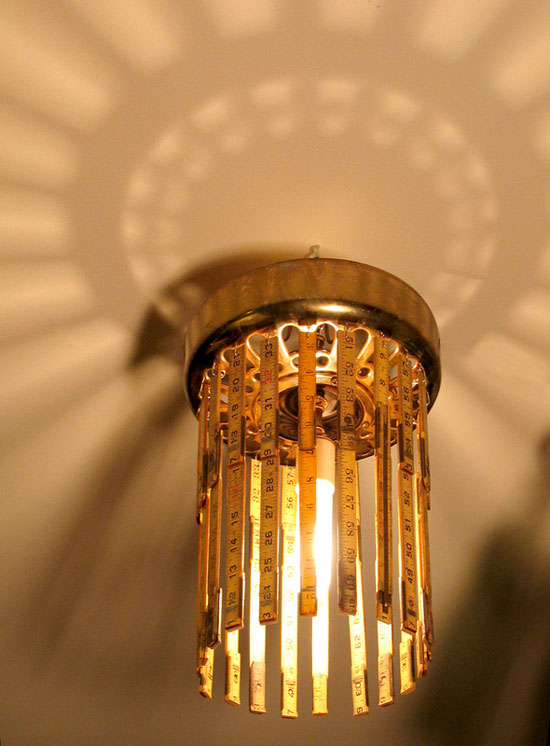