The known social networking site Facebook has just recently moved to their new office. Designed by a San Franciso company Studio O+A, Facebook’s new headquarter is a former laboratory facility of Agilent technologies, a high-tech manufacturer. With the Facebook employees desire to have a green headquarters, their facility became the first commercial project to have meet Palo Alto’s 2008 Green Building Ordinance. Aside from being a former Laboratory, another green feature of the headquarter is the use of recycled-content carpet, energy efficient lighting, recycling millwork from the original laboratory, repurposing industrial components, and using those existing architectural feature of the laboratory. 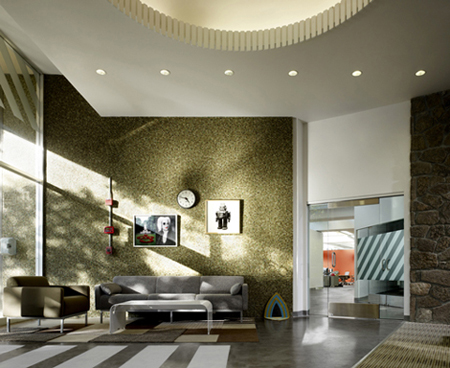 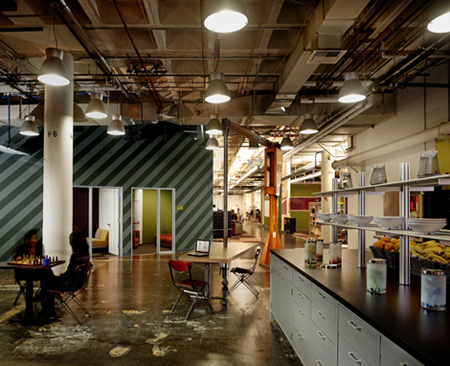 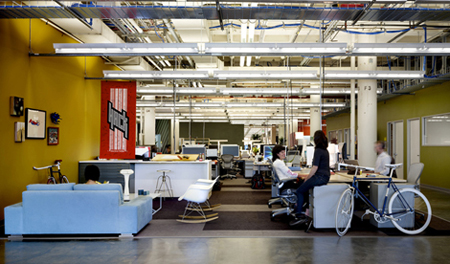 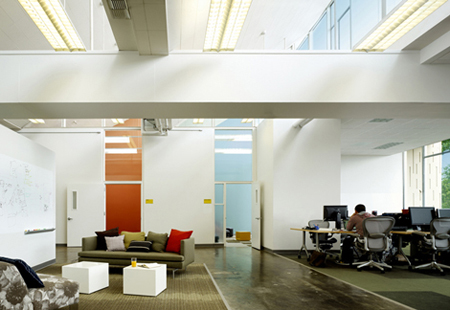