As part of its launch of the 2010 Prius, Toyota has installed a giant solar flower that power-up Boston’s Prudential Plaza. The flower caters ten individuals who want to have a free Wi-Fi access and those who want to charge-up their laptops or other small electronic devices. Each of the five flowers are 18 inches tall, with solar panels attached on its petals and stem. Aside from Boston’s Prudential Plaza, the flower power will also be installed in New York, Chicago, Seattle, San Francisco, and Los Angeles. Helping the launch of Toyota Prius, these solar flowers carry the theme “Harmony Between Man, Nature, and Machine.” 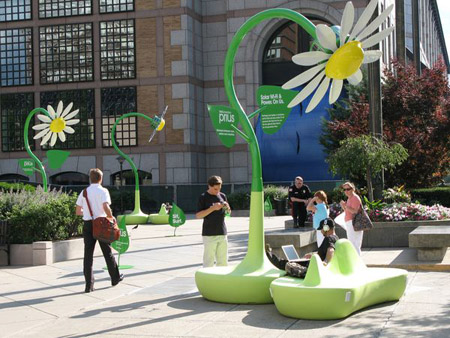 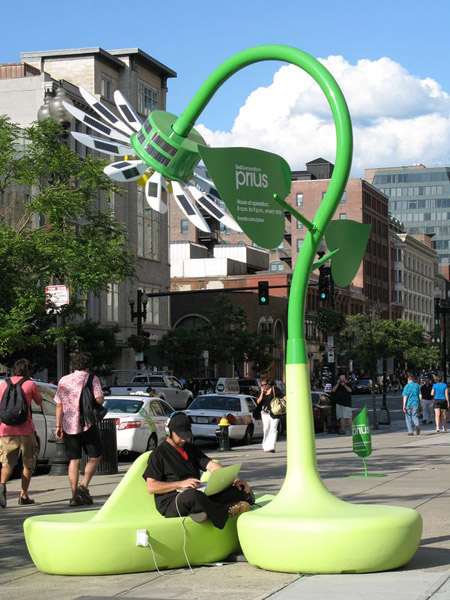